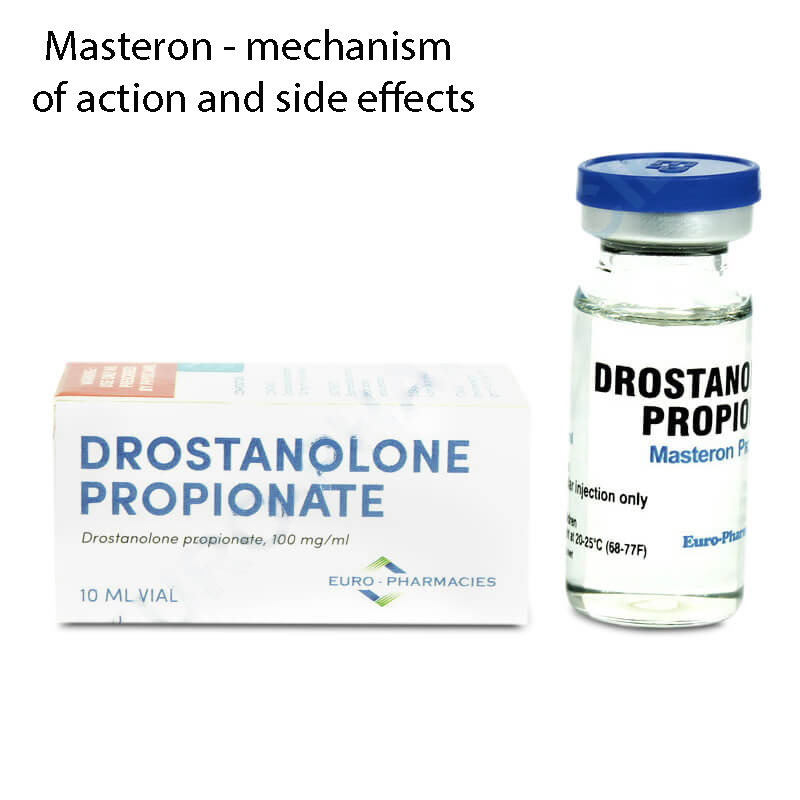 Since Masteron is a derivative of DHT, it retains some of the same characteristics as its parent hormone, one of which is its inability to interact with the aromatase enzyme. The aromatase enzyme is the enzyme responsible for converting androgens into estrogen, which Masteron is immune to this process. Therefore, Masteron will have no estrogenic side effects at any dosage, making Masteron completely free from the following risks: water retention, high blood pressure (resulting from water retention), fat gain/retention possible and gynecomastia.

People who use Masteron will get only a qualitative increase in mass without adding excess water. Therefore, Masteron is an anabolic steroid preferred by most bodybuilders and athletes as a cutting agent. It allows you to get the visibility of every muscle with minimal fat content in the body.

Masteron has been found to be a mild aromatase inhibitor and also has estrogen receptor blocking properties in breast tissue. This is the reason for the original and main use of Masteron as a breakthrough drug for the treatment of breast cancer.

Masteron works to inhibit the aromatase enzyme, thereby eliminating the ability of estrogen to form from aromatizable anabolic steroids during the aromatization process. Essentially, this effectively reduces any water retention as estrogen levels continue to drop due to an increase in deactivated aromatase enzymes.

Read also about Masteron works inside the body

Masteron is considered by the bodybuilding community as one of the “light” anabolic steroids when it comes to side effects. This is largely due to the fact that Masteron is a derivative of DHT. Being derived from DHT, it has all the same (or similar) attributes and functions that DHT performs. This includes the inability to interact with the aromatase enzyme and is therefore completely devoid of estrogen related side effects.

As mentioned above, Masteron is completely devoid of estrogenic side effects due to it being a derivative of DHT. Not only does it completely eliminate aromatization (conversion to estrogen), it is proven to act as a mild aromatase inhibitor. Side effects associated with estrogen buildup (such as water retention, fat accumulation, and the development of gynecomastia) are completely eliminated or reduced with the use of Masteron.

Although Masteron has a lower level of androgenic strength than testosterone itself, androgenic side effects are still possible with this compound, especially in those who may be particularly sensitive. Masteron side effects, which include androgenic side effects, include: oilier skin (resulting from increased sebum production/secretion), increased facial and body hair growth, and increased risk of triggering MPB (male pattern baldness) in people who are genetically susceptible or predisposed to it. Virilization (development of masculine characteristics in women) also poses a risk for its use by women, although its use in women with breast cancer should indicate its acceptability as a female component.

Notably, the side effects of Masteron include more negative effects on cholesterol and the cardiovascular system than some other compounds. This is largely due to Maestro’s anti-estrogenic abilities in the body. Its ability to lower serum estrogen results in a measurable reduction in HDL (“good”) cholesterol and an increase in LDL (“bad”) cholesterol.

Masteron does not have hepatotoxicity (liver toxicity), but like any anabolic steroid, it promotes the suppression/stopping of HPTA, thereby reducing endogenous testosterone production.